Fleeing war when you have a disability 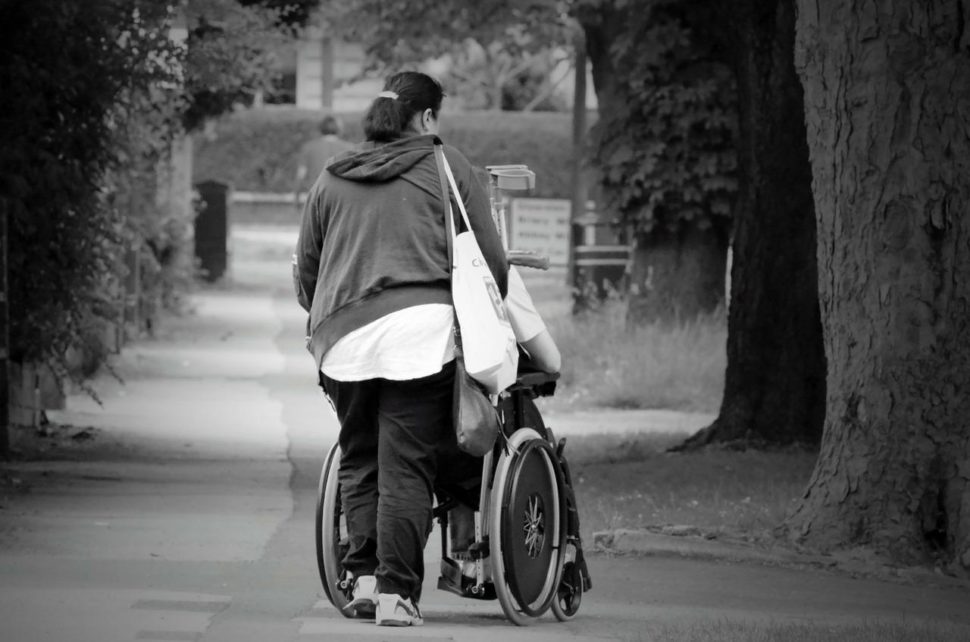 The conflict in Ukraine endangers the lives of an entire people, but people with disabilities are unfortunately the most vulnerable. Getting to safety and fleeing is very difficult if not impossible without help.
So far, among one million Ukrainians who have left the country, nearly two hundred (200) are people with physical and/or mental disabilities.

The possibility of fleeing danger or moving to reach a haven without an accompanying person makes the lives of these disabled people extremely threatened.

Tanya Herasymova, project coordinator for the militant group said the lack of support available for Ukrainians with disabilities has made crossing the border “almost impossible” for many.

She quotes: “As a woman with a disability, I faced many obstacles in times of peace and many more today when I tried to evacuate my hometown. There is practically no accessible infrastructure in Ukraine, no accessible transport, and now it’s a very big problem for people with disabilities who want to be evacuated.”
Additionally, the lack of accessibility meant that she had to rely on station staff to carry her to and from her transport: “The station workers helped me, and I was able to get on the train and (…) carried me up the stairs to the exit,” she explains. “It was horrible.”

What about the rights of people with disabilities?

International law provides laws and agreements on what states must do when there is an armed conflict. The rights of persons with disabilities have been included only very partially and most of the time they are not. This is often the case when there is a risky situation for everyone, such as the current bombings in Ukraine for example.

The Convention on the Rights of Persons with Disabilities, adopted by the General Assembly of the United Nations (UN) on December 13, 2006, and entering into force on May 3, 2008, aims for States parties to the Convention to ensure that persons with disabilities are protected:
● fairly.
● in a way that is accessible.

Another legal instrument is the United Nations Security Council Resolution 2475 of 2019 which specifies that in the event of war, persons with disabilities must be protected, assisted in accordance with the rights of persons with disabilities and must be invited to give their ideas on the how to improve things and taken into account in the reports.

The Geneva Convention is another agreement that reminds states parties that in the event of war, there must be no discrimination regarding the protection of persons and hospitals must be protected.

The current situation in Ukraine shows that in reality, in the event of a war, these agreements and principles are not respected and people with disabilities find themselves alone in the face of the bombardments.

“We were left behind, and the only people who offered their support were the volunteers, without them we could not have been evacuated,” Tanya testifies.

Currently activists are trying to coordinate the accessibility of shelters, evacuations, and emergency services for these people. Fight for Right, a local NGO run by Ukrainians with disabilities and whose objective is to help these people and provide them with a rapid response in case of emergency such as raising the funds necessary to provide the support that Ukrainians with disabilities need to escape from war. Thus, the development of collective actions to make donations is increasingly present on the net.