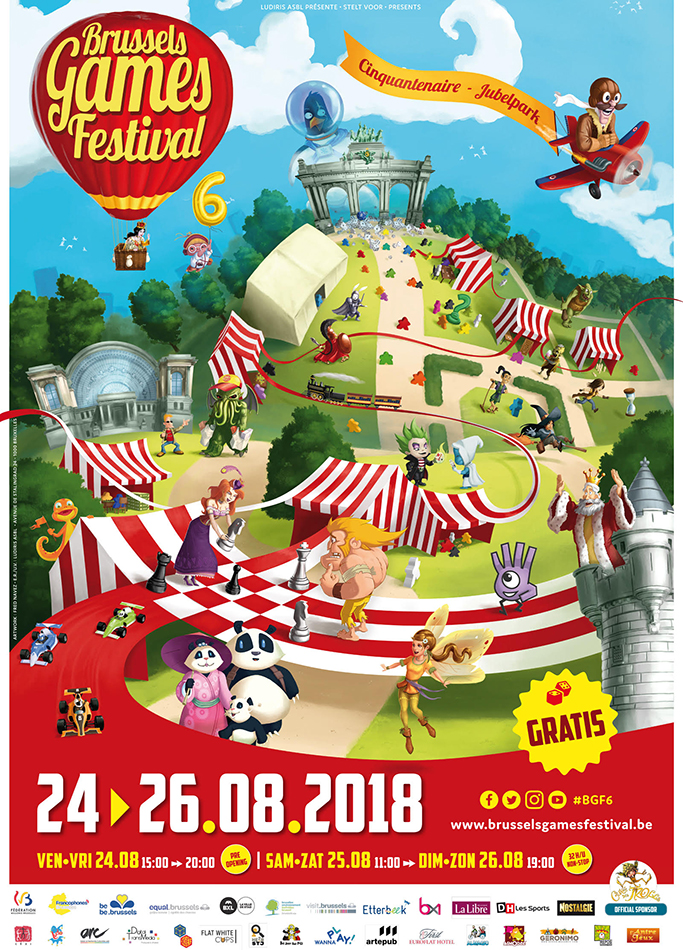 For the sixth edition of the Brussels Games Festival, the Cinquantenaire Park will once again be trans- formed into an enormous 40,000 m² playground. New this year is that the festival will open its doors on Friday, August 24th at 3pm. Add to that Saturday (starting at 11am) and Sunday (until 7pm), and that’s 32 hours of non-stop animation! Three crazy and joyful days for an audience of all ages. And it’s free !

The Brussels Games Festival is the first summer festival in Brussels dedicated to games. It’s open to everyone: families, players that are new to the hobby, established gamers, those who are curious, but also to professionals: social workers, educators, pedagogues, speech therapists, teachers…

The sixth edition of the BGF will bring together all the elements that make it fun to play games : board games, party games, miniature games, educational games, wooden toys, role playing games, LARP, collectible card games, games from all over the world, classic games, adapted games, and even the popular Mölkky: a Finnish game with wooden blocks that’s very tactical, but above all social, addictive, and suited for all ages! With hundreds of games that are free to play, but also more than 70 publishers, 8 board game stores, fifty or so game libraries, gaming clubs and associations, 3 exhibitions, a second hand game store, more than 20 tournaments, a prototype zone for you to discover the games of tomorrow,workshops and conferences, a game night and many more surprises…